A bit of background

The Dutch Ministry of Justice and Security is responsible to stimulate innovation in the practice of justice and therefore asked the DSS to carry out this 20-week long research project in collaboration with the Oostvaarderskliniek. The project aimed at exploring the needs of the caregivers within the clinic and see where there are opportunities and the potential effects of implementing new technological innovations.

A professional learning community for training and applied science, where learners train for the digital industry. Their aim is to create an inclusive and intelligent digital society, with a human-centered design. They seek to research the impact of technology on society, develop the skills necessary to guide the transformation and pass this knowledge and these skills to a new generation of professionals.

A forensic psychiatric center that practices TBS in Almere. The clinic aims at keeping society safe by providing ex-detainees with mental health treatment and ensures that these patients resocialize in a secure manner. A substantial part of the field research was done with caregivers of the OVK during the autumn of 2019.

The project is working towards four of the UN’s SDGs.

In the semester of 20 weeks, there has been done research to answer this question. This was done with the help of different techniques and tools. You can find our process in the time line below. For more in-depth info, take a look into our report!

Here is the team that made this journey possible! 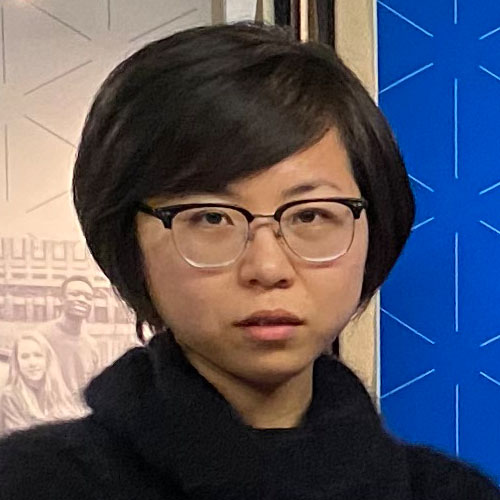 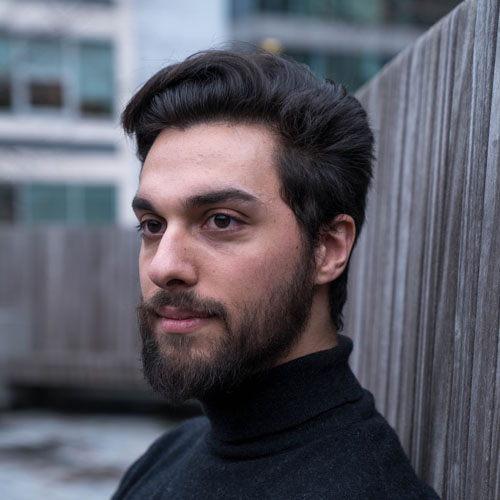 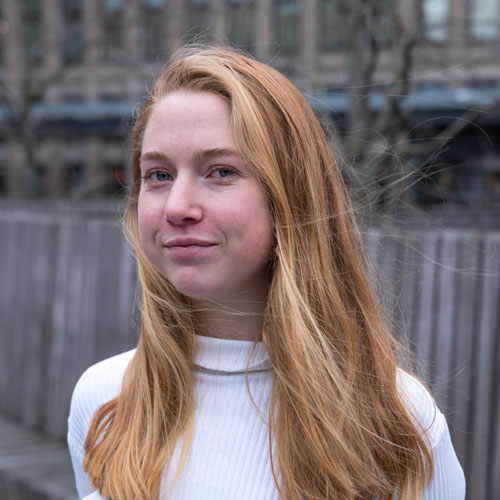 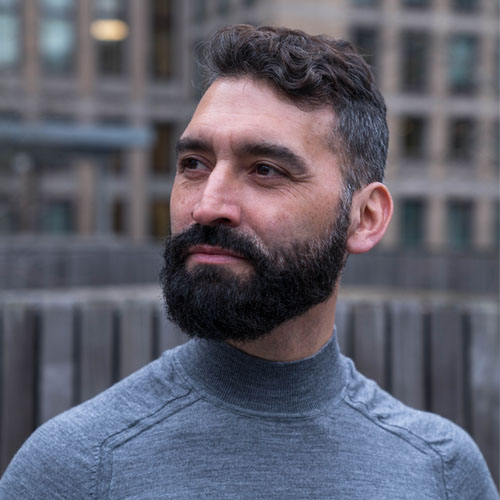 During the project, we’ve faced some challenges to enhance the result we’ve gathered. So was there limited access to the clinic. The agendas of the participants were often full and resulted in limited participation. This was something that wasn’t really avoidable to get the results we needed.

There were no patients involved in the research. This was due to regulations. Lastly, the process of implementation was not feasible since we had limited time. The result of our research brought us to future scenario’s and a possible future. More info of this can be read in the report.

On the positive side, there was a lot of engagements from the participants. The caregivers were eager to work with us and participate on the sessions we hosted. Furthermore, there is high potential for the clinic and a lot of collaboration from the partners.

The project was initiated with the team getting acquainted with the topic of TBS and forensic psychiatric care. Desk research was made as well as a visit to the Oostvaarderskliniek in Almere where we could meet caregivers and get an understanding of the facility. The process was started by finding information about what forensic and “TBS” is and look into what the structure of DJI entails.

The insights we gathered from the desk research helped us understand how the DJI is structured, what the target audience is and what kind of diseases are being treated in forensic care. These results were fundamental to answer the spring goal and to gain an understanding of where to put the focus on the coming sprints.

To get a proper understanding of the caregivers’ work at the clinic, we conducted interviews with several caregivers of various professions. This method gave us insights into the caregivers’ motivations and struggles in their everyday work. We initiated by formulating questions for the caregivers and creating a timeline of a regular 9 to 5 day. This would be used during the interview to help the caregivers formulate their answers.

Within design methodology ‘cultural probes’ can be used to conduct further and more in-depth research about users. Probing is used as an alternative or addition to traditional methods such as interviews/observations when these methodologies don’t provide you with enough content. Our cultural probes included a journal, sketch cards, emotional documentation for the caregivers to fill out during a 2-week period. This was given to the participants that were part of the interview.

The insights we got from the cultural probes helped us understand information that we missed out on. The probes were also not equally filled in so this gave us an understanding if we asked too much cooperation or if the probes were not understandable. The results of the probes were brought back at the next sprint

Insights about Current State of the Clinic

Co-Creation One Process and Description

To get a different approach, we designed a Co-Creation session where the caregivers interact all the time. We divided it into two parts — the first aims to describe what tools, technology devices they, caregivers, use today. Moreover, visualize five years ahead describing tools and devices related to technology that they will use.

We also made a “Technology Awareness Grid” with five different categories: VR, AI, Robots, Smart Environment, Body Implants. And three different answers: Never heard of it, Heard of it but don’t know how to use it, Familiar with it. It was time for them to fill in the matrix and allowed an exciting discussion after.

After a short break, we started the session’s second part. We divided the group into pairs, working together using their imagination, enhancing their creativity to put their ideas and suggestions for future technology that they would like to have or work with it. By the end of this second part, they have to create prototypes using different materials such as paper, pens, markers, and lego pieces. The result was priceless.

The team, together with the team coach, went to the facility to run a two hours Co-Creation session where there were six participants; two psychologists, two drama teachers, among other social workers.

The insights we got from the cultural probes helped us understand information that we missed out on. The probes were also not equally filled in so this gave us an understanding if we asked too much cooperation or if the probes were not understandable. The results of the probes were brought back at the next sprint

Insights about Current State of the Clinic

After the positive caregivers’ reaction of Co-Creation 1 (CC1), we designed a second session with a different approach, using an unusual method. We came up with a PROVOTYPE. To create a provocative method, we did an intense brainstorming where many ideas were suggested, in the end, we decided to build a “Non-Filter Glasses.” The fiction device had features like health Sensing, behavior prediction, emotion recognition and extra features like X-ray vision and voice recognition.

Once the Play role was done, the whole group started an exciting discussion sharing their own experience using this provotype in a hypothetical scenario. Leaving the fun part behind, we perceived skepticism and hostility towards the concept. Conflicts emerged between ethical concerns and new opportunities for digital innovation in the facility.

In conclusion, CR’s are not early adopters and would take time to get them familiar with new technologies. They do not close any door for innovation; in fact, they are curious and eager to dive into the digital transformation. But nothing extremely radical or controversial.

In the third sprint, we made design fiction to generate insights through a speculative narrative of a possible future. The reason for this was to converge our insights from the co-creation workshops insights, the interviews, the cultural probes insights, and the desk research we have done. In our case, this was an effective tool to use because we had multiple points of innovation we could tackle.

This conclusion was taken from the insights we have gotten. The way we converged this was by creating speculative fiction for the three main insights we got. We have created a small video prototypes for every main insight to give a clear vision of what the speculative future of the clinic would look like. (This was divided into the restriction for patients, an AI for caregivers and an AI for patients).

We created three hypothetical extreme situations where we tested the stakeholders’ reactions while they watching those videos, but also how they would feel if those situations were implanted on the facility helping either CG’s and patients.

The reactions we got from the caregivers sparked a lot of conversation. Is more control over the patients on leave through an exoskeleton ethical? And is an AI that always helps you with decisions the solution for less work for the caregivers? The answers from this session brought an interesting conversation for the Value proposition map in the next part of the timeline.

Reflecting on values through Value Proposition

From the design fictions created, we could discuss, analyse and value the topics through a ‘value proposition map’. The method enables the participants to consider the effects of a potential change from a societal, economical, ecological and psychological perspective. This method was initiated by looking back at the video's made for the speculative design and think of how the solution would impact the people working in the clinic, the clinic itself and the society as a whole.

The content of the value proposition map sparked conversations into how everything would fall into the hierarchy. It was interesting to see how much the video's had a lot to say on an individual level but not so much in a society level. These insights were reflected upon and further analysed into the report with future recommendations. 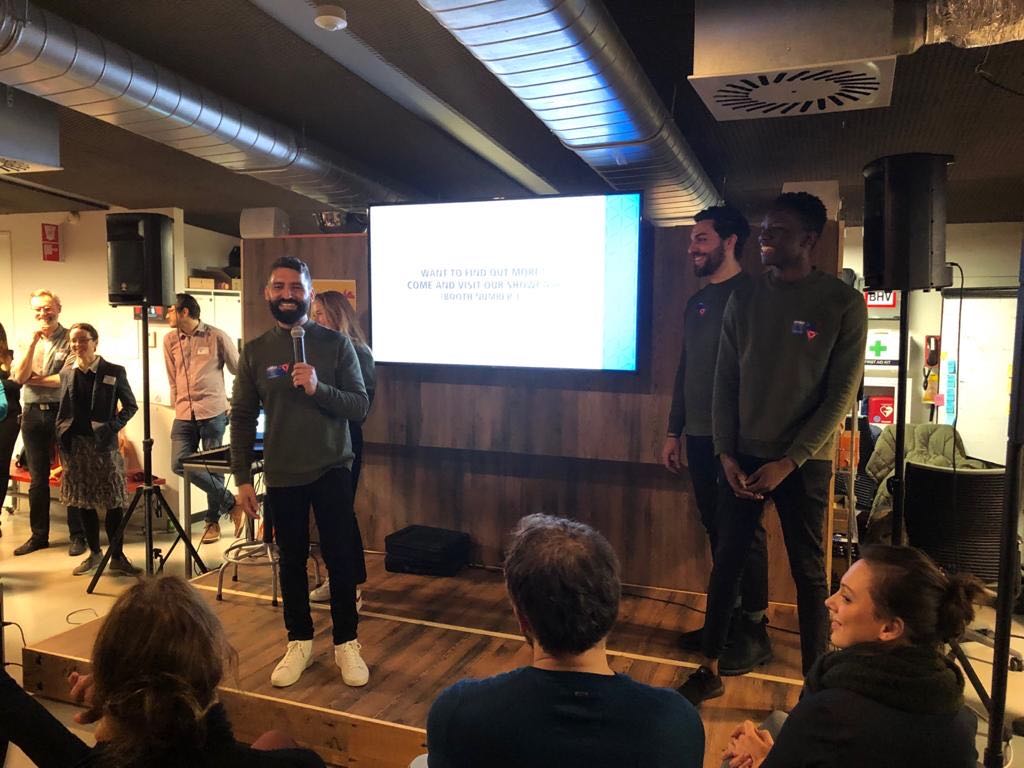 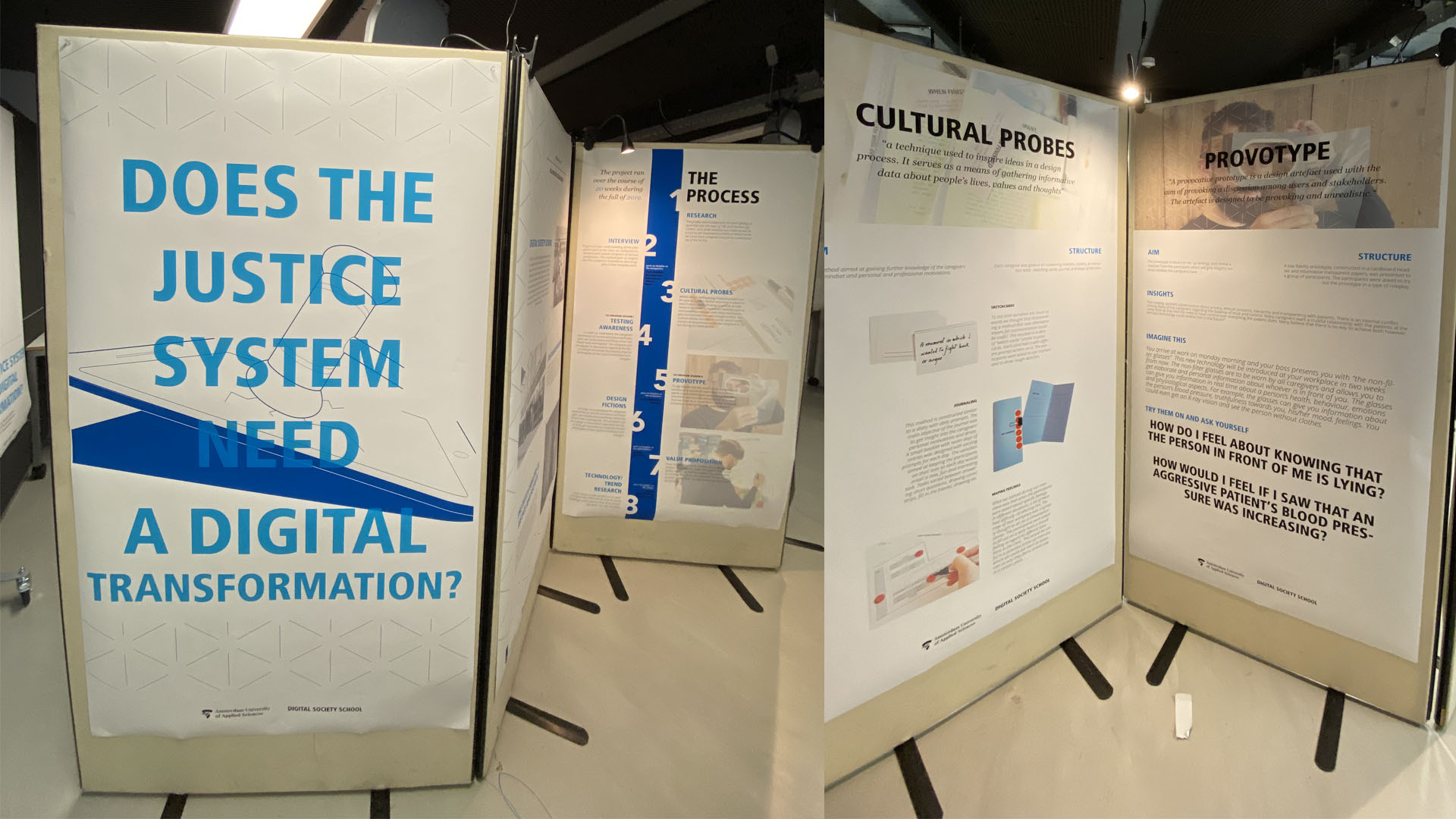 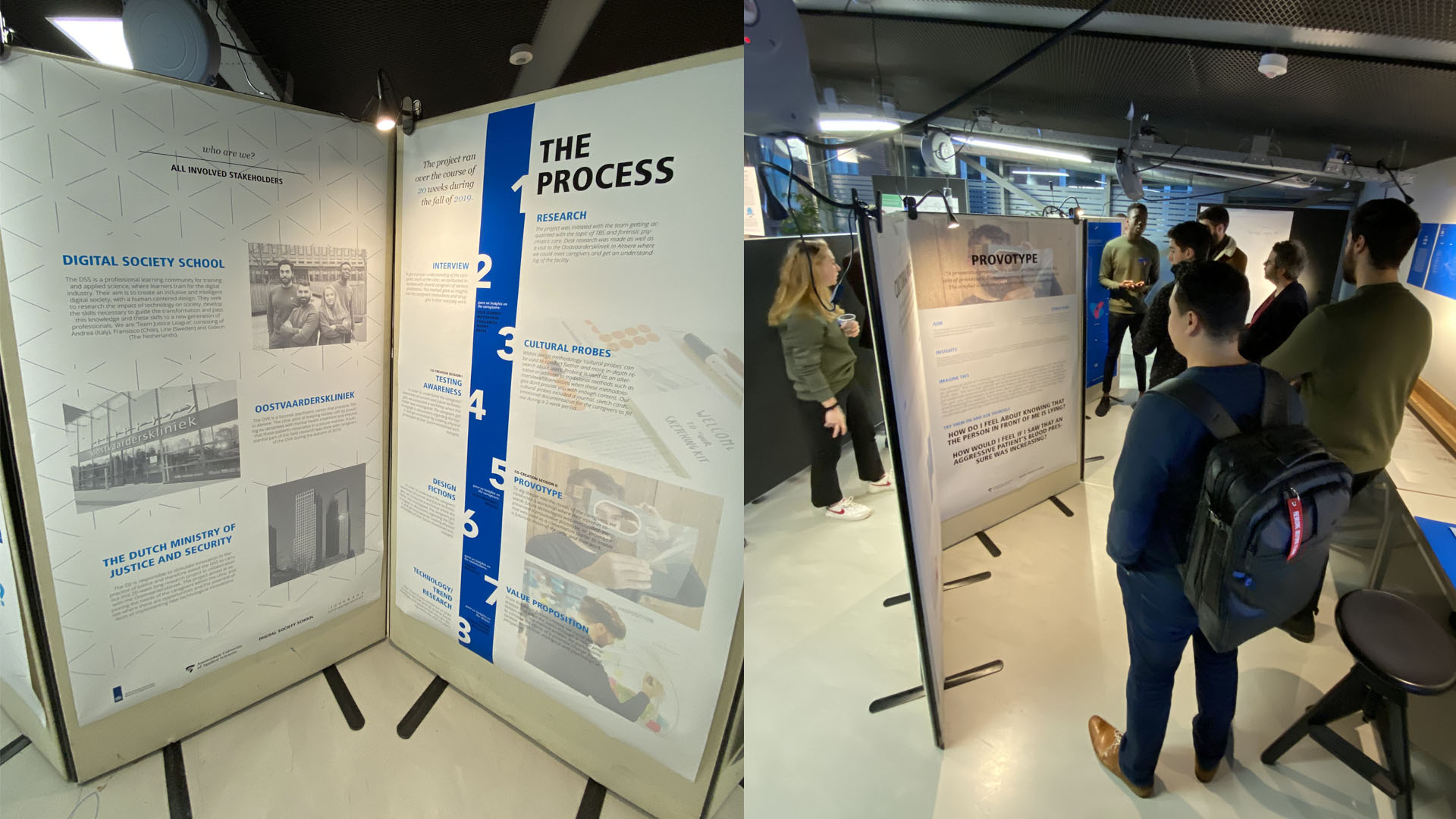 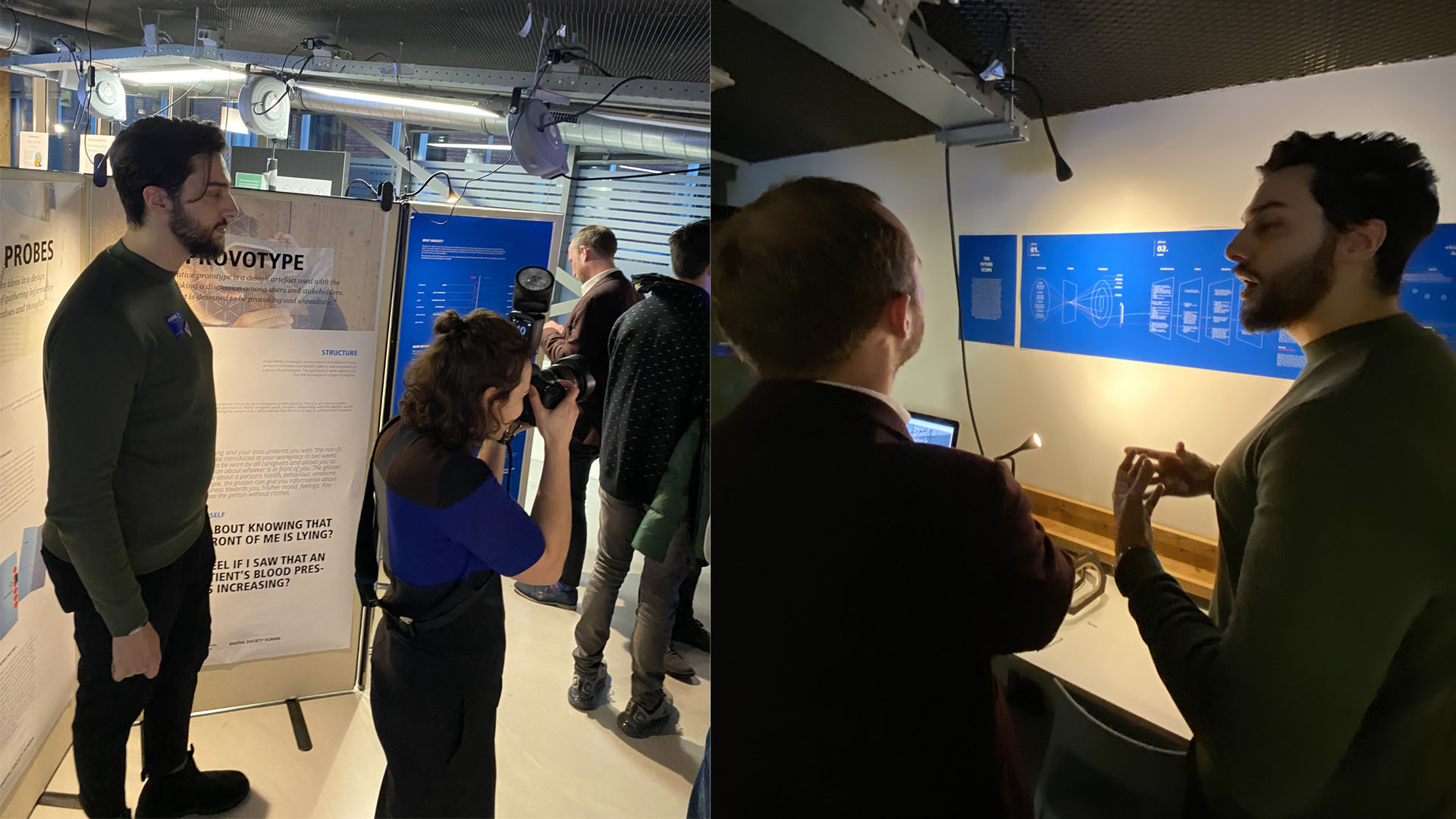 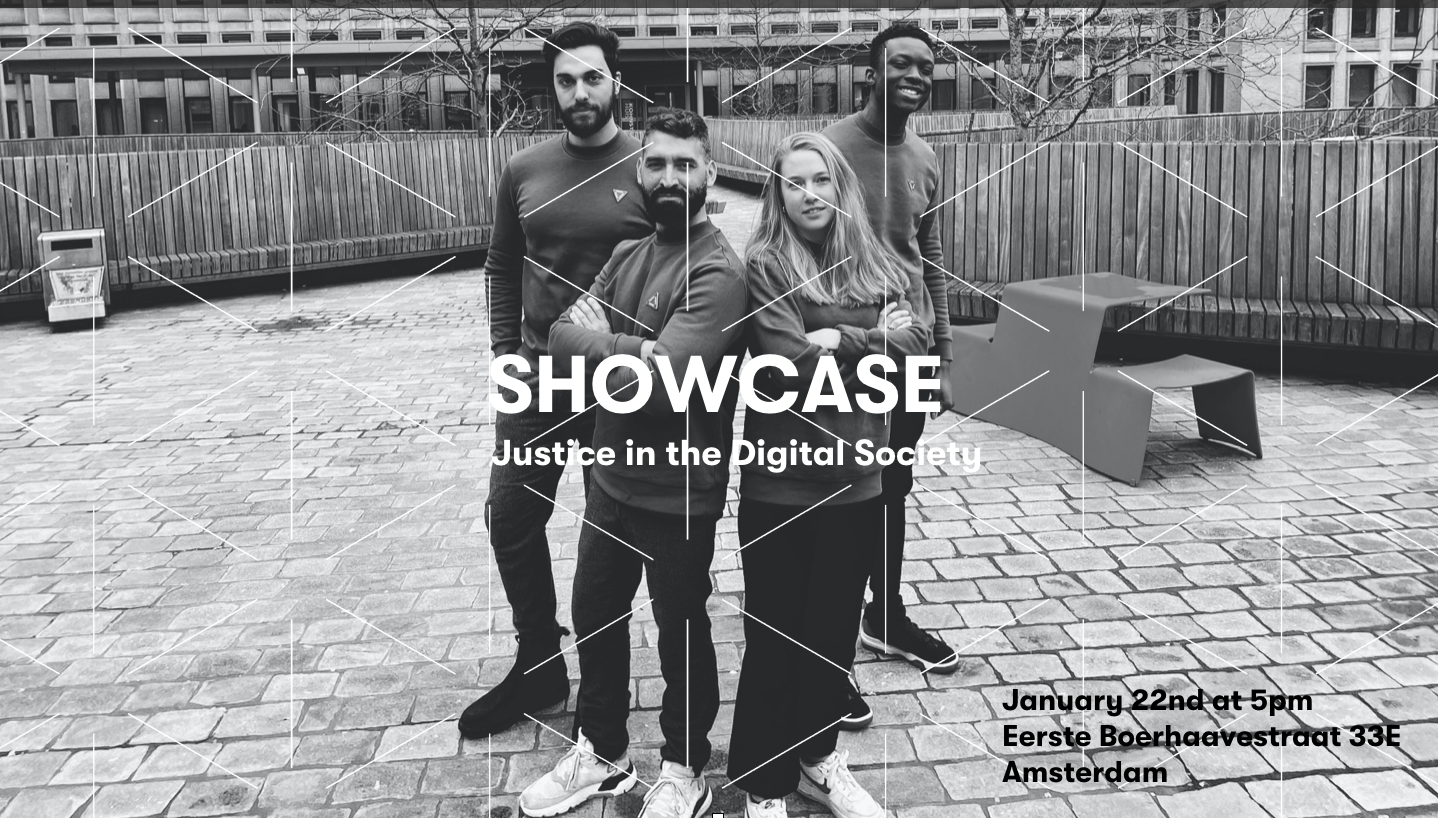